I’m going to be sharing some things I’ve been baking during the lockdown!

The first thing I baked was brownies! I liked brownies before, but because we baked them two or three times I started to dislike them. 😦 The recipe is actually very easy, but with this recipe I would recommend that you add something else to give it more flavour, some things I would recommend would be adding some walnuts or orange zest to it. It’s quite plain by itself. This is the recipe that I use to make these brownies Chocolate Brownies recipe.

I also attempted to make Cinnamon Rolls! I have to be honest and tell you that they looked delicious but I must have done something wrong because they did not taste good at all. I also didn’t make the icing but it is also included in this recipe. But the first try doesn’t always have to be successful! This is the recipe I used Cinnamon Rolls recipe.

This was probably the most easiest thing I’ve baked! It was a really simple recipe to follow through and when I had made them I didn’t add any of the seeds and instead of berries I used raisins but they still turned out delicious! This is the recipe I used Granola bars.

Chocolate chip cookies are probably a very straightforward thing to bake but when I baked them for the first time they didn’t turn out as I had hoped. But when I tried them for a second they were just perfect! The recipe is quite easy to make so you can try this at home too!

Shortbread is something I bake often because it’s the easiest thing in the world to make. It doesn’t require too many ingredients or even much effort and they taste delicious anyway! The recipe I use is Shortbread recipe

That’s all I have for today! I hope you will try and enjoy some of these recipes and be sure to leave a comment or tag me in your photos on Instagram! 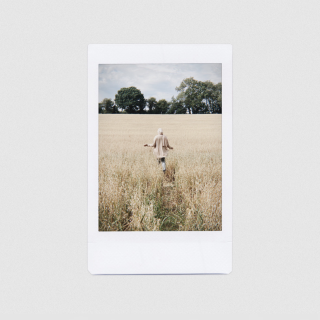 Hello! My name is Raisa and I'm a foodie and a training nutritionist! Other than cooking (and eating) being my favourite things to do, I also love fashion, to read books and to write! It's nice to meet you, welcome to my corner!